Yes I'm back working again after my accident on the push bike last Saturday and pretty much all better. Well I'm still covered in bruises and scabs but I'm not in any pain now. I guess things could have been worse and would have been worse had I landed on my bum which I need to look after for work but lucky for me it was unmarked and I was still able to take my client out on Saturday who spent quite a bit of time hitting my bum with floggers, paddles and canes.

Today I had 3 people wanting the same time which was really annoying as it's the first clients I've seen this week. The one I went with let me down but lucky for me one of the others still wanted to see me so did the session instead. I have two more sessions tonight if they turn up and the first involved me getting into my latex leotard which I normally love doing but the sleeves are so tight it's bound to pull all the scabs of my elbow!

It's not great stuck inside waiting for clients to ring when the weather is so nice at the moment and that's part of the reason I didn't see anyone yesterday. Instead I decide to cut my grass for the first time this year and take the Blade for a spin. Cutting the grass was a right ordeal in itself as although I only have a tiny piece of grass I unlike any of my neighbours have a petrol mower. Mainly because I love things with engines and I got fed up with running over the electric cable on my old mower. The problem is my mower is normally a pain to start after being left over winter in the shed and this proved to be the case once again this year. But eventually it did start only to run out of petrol a few minutes later. After going to the garage to get more petrol I did eventually cut the grass and still had time to take the blade out. Although by this time it was rush hour and there was far too much traffic about to have real fun on the roads.

Last night I watched the football an tele as it was Everton in the FA cup(they won in case you didn't know) and anyone who knows me also knows I'm only into 3 male dominated sports Moto GP, F1 and football but only England and Everton matches as for some strange reason I've kind of followed them ever since I was a child and was forced to prove I wasn't a girl by picking a team to follow like all the other boys and I also like the manager Chris Moyles and how he has time to manage Everton and host a radio show in the mornings.

OK time to face the dreaded rubber leotard!!
Posted by Nina_Jay at 08:54 No comments:

I'm typing this not using all my fingers as two are out of action. One has no skin on the tip the other has a blood blister, this and many cuts over my body are a result off falling of my mountain bike this morning while in riding down a country lane at what must have been 20-30mph the back wheel slid out when it hit some mud on a corner. I tried to keep the bike upright but was going to fast. next thing I knew I was sliding across the road and coming to a stop on the grass verge under the bike in a lot of pain. I didn't get up for a while instead decided to lay there saying "Ouch" over and over and not moving in case anything was broken. Thankfully nothing seems broken but I am in quite a bit of pain even now. I'm sure I'll ache even more in the morning as when I've wrote this I'm going to bed. I did lay in the bath for about an hour when I finally got home which was very soothing and pain killers are helping too. On the plus side the bike seems to have coped with the crash slightly better than me.

Talking of my bike I took it out in the week and got totally lost too and had to phone my friend Keith to find out where I was. he was no help as he'd also not heard of any of the places I ended up near either. Eventually I found my way back to his place.

So what have I been up to before today's fall not involving my mountain bike you ask.

To be honest not much. I did some more photos which are again great and done by Keith at  http://www.fantasyphotoshoots.biz/ who of course I'd recommend to anyone wanting some fetish photos. I was going to be part of another shoot there tomorrow but I don't think that's going to happen unless I make a miraculous recovery over night that is.

OK I need to lay down now so more later in the week if I get bored.
Posted by Nina_Jay at 16:47 No comments:

I'm sat alone typing this just about to pack up for the week and go home for the weekend and I'm finding myself reflecting on the week gone by. A week where I've only seen 4 clients but all were pretty good in their own way and all very different. Best one was yesterdays spanker. I said spanker!! I really enjoyed the caning and spanking he gave me and just chatting after and before the session. All the clients this week have said they'll come again to which is also good. Even the trannie that turned up with a beard

One client was very interested in the photography side of things and spotted the camera equipment so I showed him a book of samples. Lots of nice pics of me tied up, bagged and so on which he looked through and then said it was more landscape photography he was into.

There's not that much to talk about outside of my work really. I did go and see my friend Davina yesterday who is more or less back to her old self. This I could tell as she's been buying lots and lots of shoe's again oh and dresses and was keen to show them to me before we sat down and had a meal together which as usual was one of her home made cottage pies reheated from the day before. I can still taste it now.

I'm looking forward to the weekend and getting out on my blade for a few hours if it'll start that is as it's been 2 months since I last started it. I also need to get some exercise as I've spent much of the week sat around stuffing my face on dairy milk chocolate again and I wont get any clients if I get big and fat except for the ones that like me to sit on their faces that is, I'll probably get more of these.

The bride is mean't to spend most of the day tied up right? 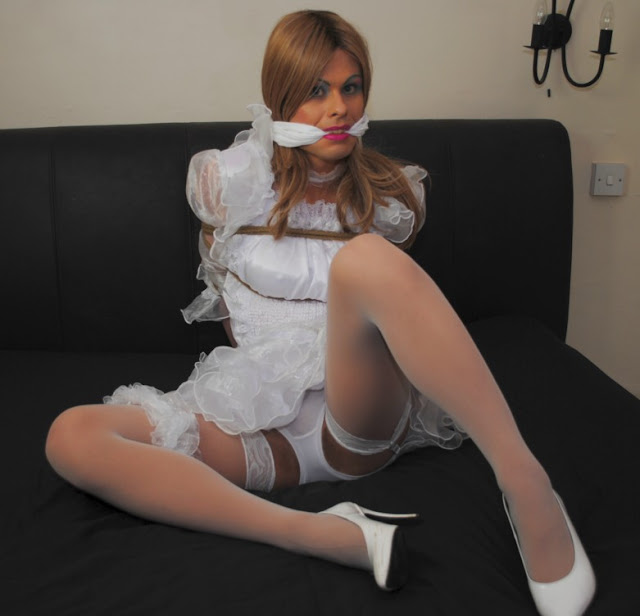 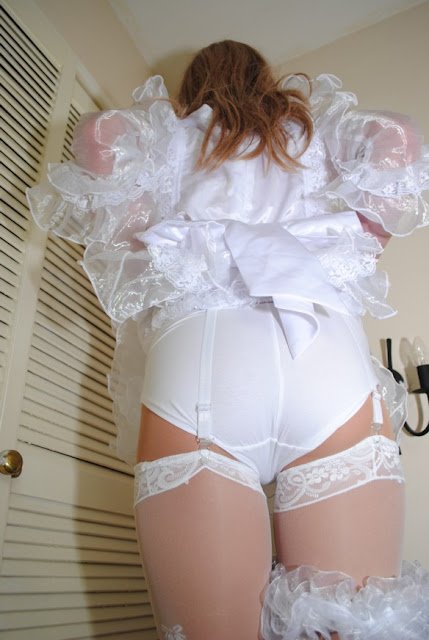 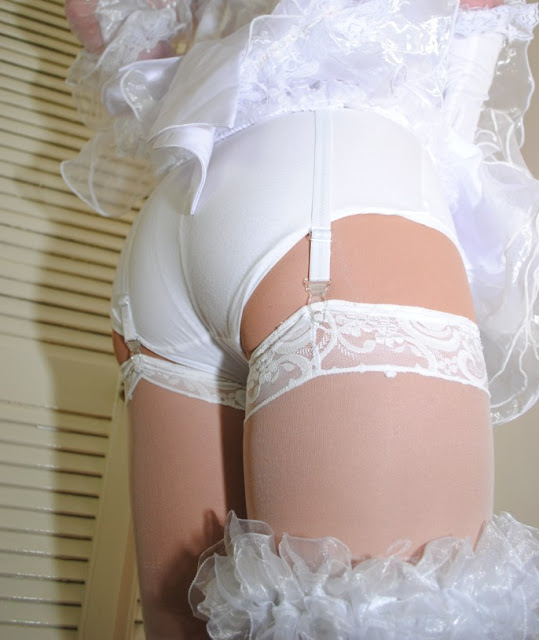