So it's another quiet week so far having only had one booking in two days. I guess it could be the good weather keeping people away but I shouldn't moan too much as I've been pretty busy over the last few weeks so long overdue a quiet spell.

With the weather being so good and work so quiet I went out on my fireblade yesterday which as always was great fun. When I haven't ridden it for a bit I always forget just how fast my bike is. To be honest it's too fast for me but I still enjoy burning off just about every vehicle on the road including another bike yesterday even though she tried hard to keep up with me. Yes the other bike was ridden by a woman. And I was miles ahead of her up until I came over the brow of a hill at about 100mph right behind a police car that just pulled out of a junction just to spoil mine and the other bikers fun I'm sure. When I got home I gave the blade a long overdue wash and she looks amazing again now. It was the first time I've washed my blade since fitting a new race can recently. I was thinking of selling the blade this year and getting something smaller and more practical after 3 years of ownership but I think I'm going to hang on at least one more year as every time I go out on it I fall in love again and I always end up with a big grin on my face when I open the throttle.

Away from my bike Saturday I went on Davina's annual boat trip on the Avon river from Bristol marina and it was the first time for well over a year I've been to any trans events so I wasn't sure I'd really enjoy it but I shouldn't have worried I had a great day out with some lovely people both on and off the boat dressed in a swimsuit, heels and dance tights. I'll write more about this in the next Repartee as I'm in the middle of putting together an article about my love of long sleeved swimming costumes. When I say love it's more of an obsession really. I have 5 and that's a lot as they're pretty hard to find and not cheap when I do find them but when I find a nice one I just have to buy it and the one I wore all day Saturday cost about £100 but to me is worth every penny. I've attached a couple of photos of me in it and on the boat below.

OK I'm going to watch Englands last world cup game now. I'm going for a 2-1 defeat as this seems to be what they've been playing for every match so far 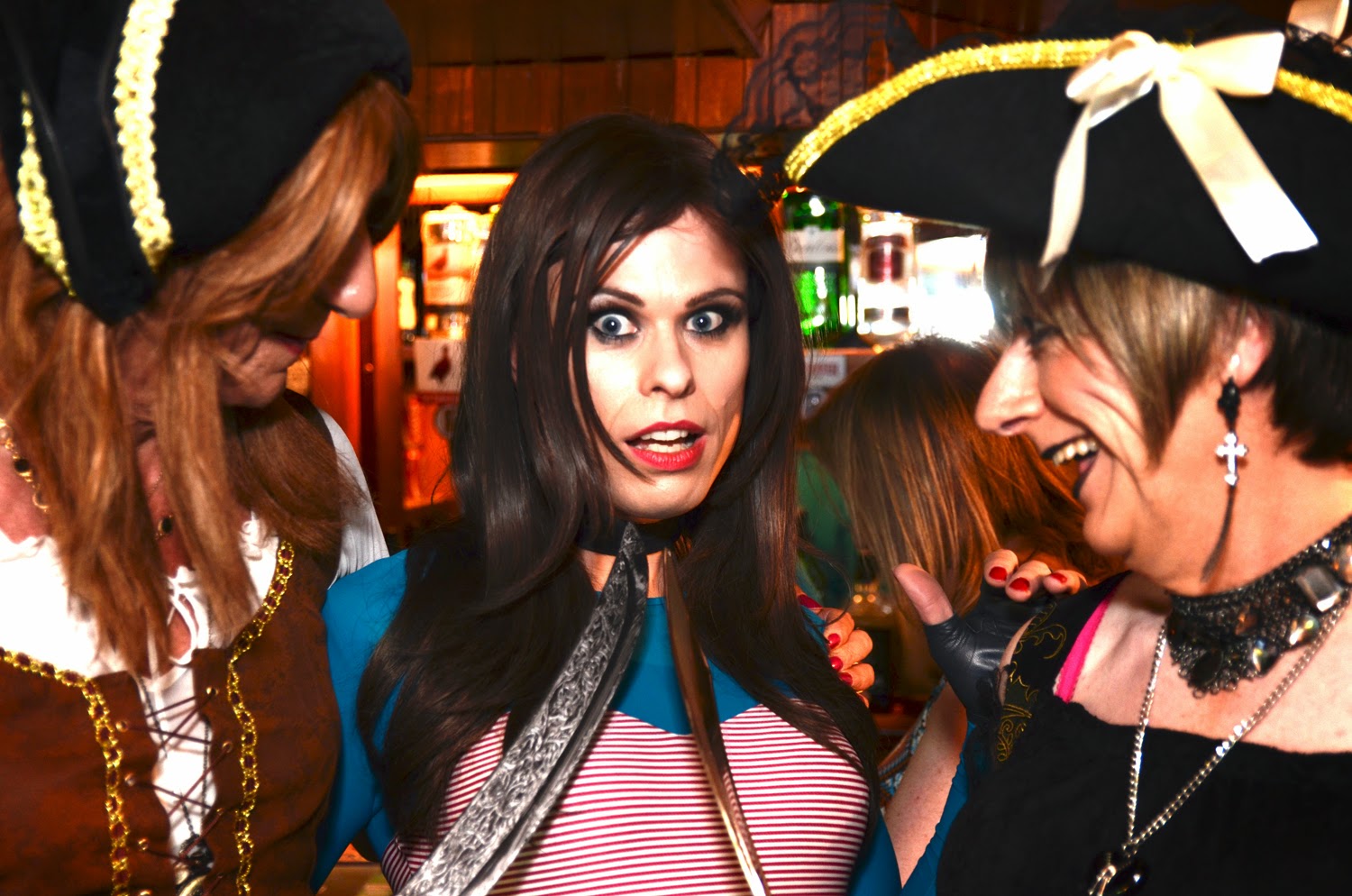 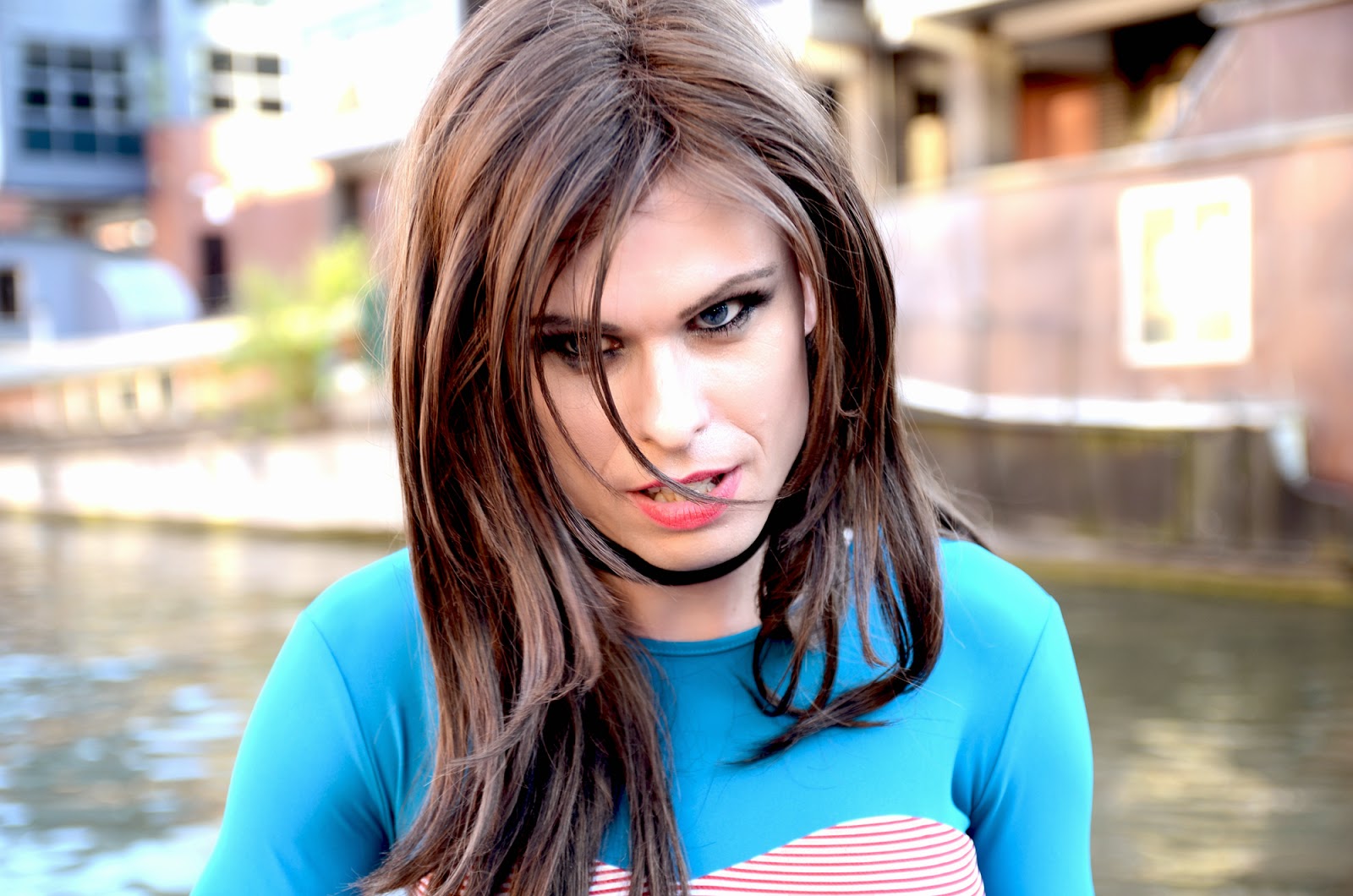 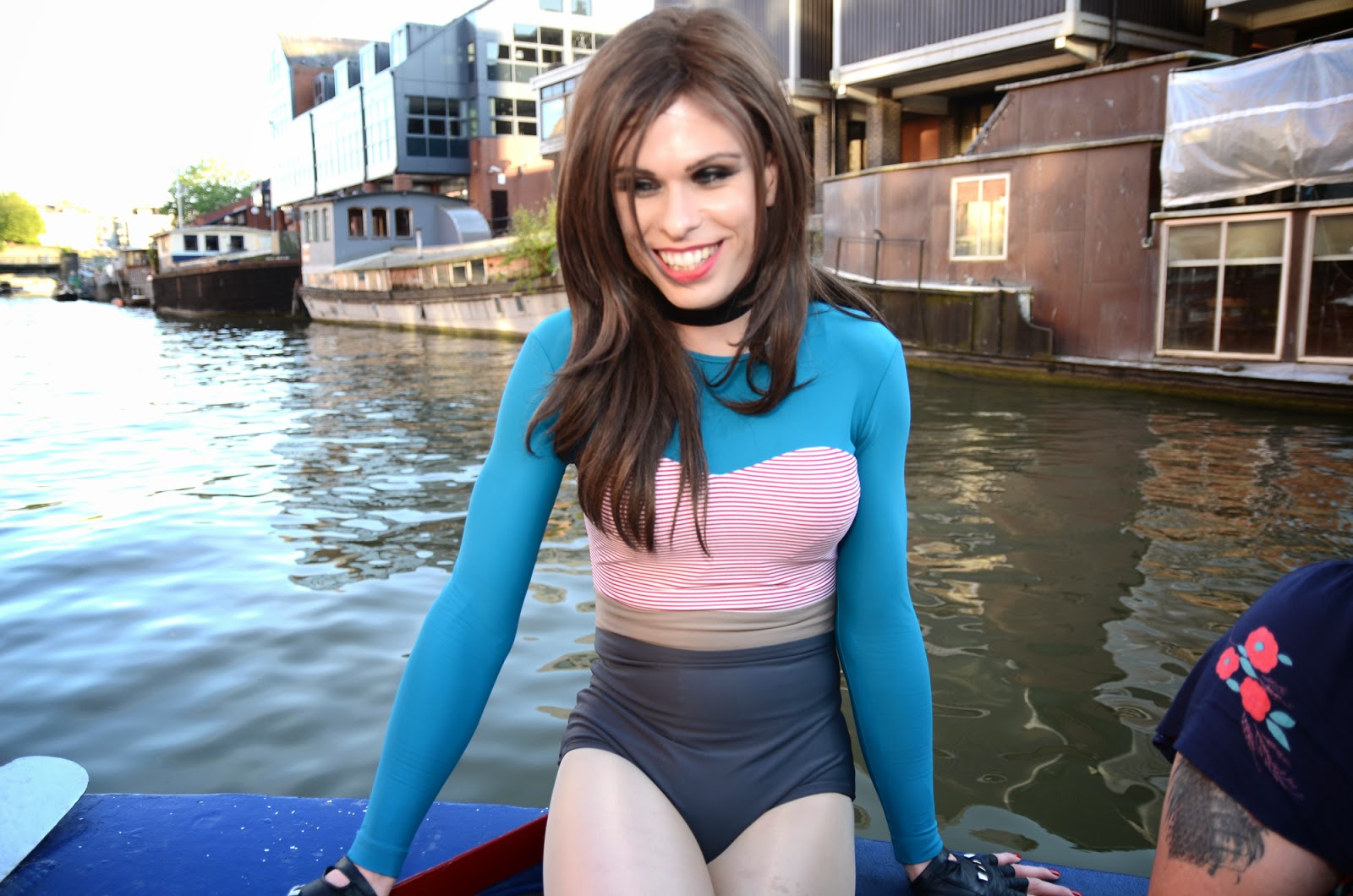 Waiting for a client

yes that's what I'm doing at the moment so I thought I'd do a quick update on my blog and let you know whats happening in my life at the moment.

My laptop is all sorted and I'm back to doing my twice weekly updates on my site including yesterdays new gallery from the latest rigger to tie me up calling himself  "Tight Ropes" and he lived up to his name as in the first tie one of my hands went dead as the ropes were too tight.

I went to visit Tight Ropes last Saturday and spent a very enjoyable day at his lovely home being tied up, hooded, and tightly gagged. With nice little breaks in between for food and much talk about films which it turned out we both love. See the new set from tight ropes here
http://www.naughtynina.net/
Hopefully I'll visit again soon for much more of the same but in the mean time I have plenty of galleries to keep reminding me of the bondage day.

Lately I've been doing lots of 2 hour domme sessions again and it seems most people do 2 hours with me because it's the same price as 1 hour with a born female mistress. I always say I'm not cheap everyone else is expensive.

People often wont book unless they can give me oral but they book women and don't give them oral and often they can't even touch the mistress and they would get a far better session from me but overlook me as they think seeing me makes them gay! Why would it I look and dress like a sexy young woman and I'm good at things like CP and bondage and I have no wish to have sex with these guys

It's a strange world at times

Moan over now I'd better get ready for a rare mistress session where someone has no interest in giving me oral sex. What a strange man he must be!

Below are sample photos from my day with Tight Ropes. 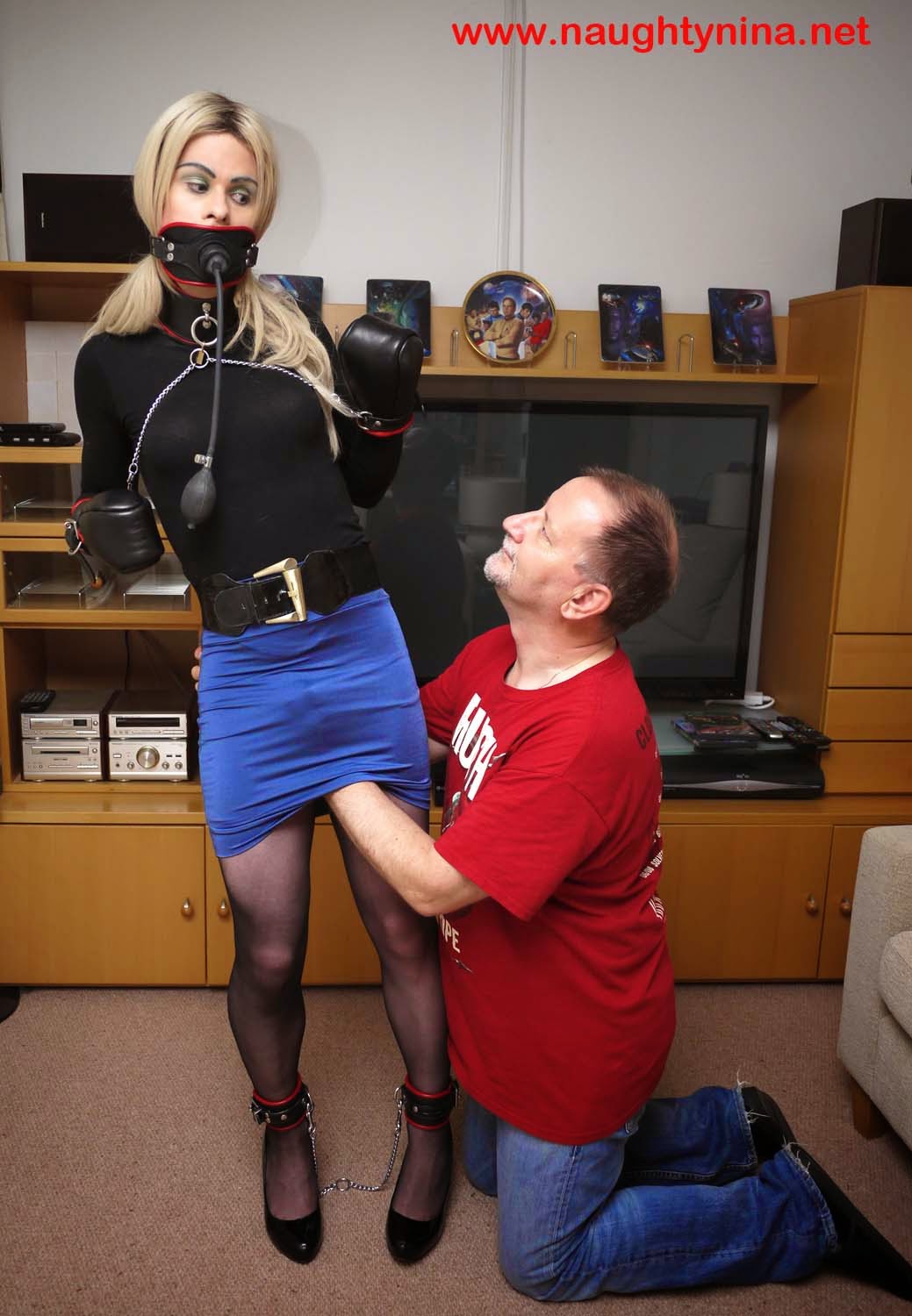 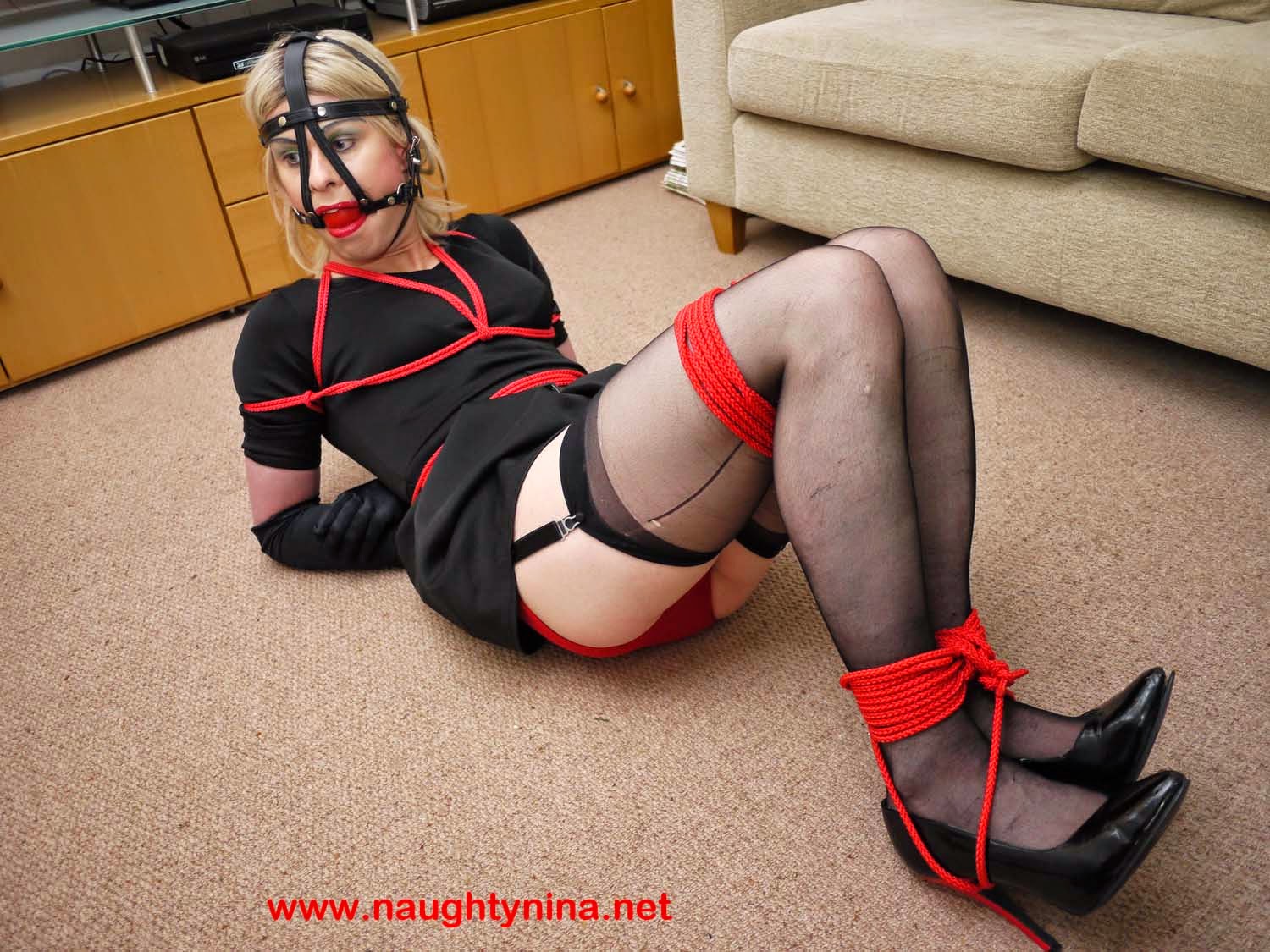 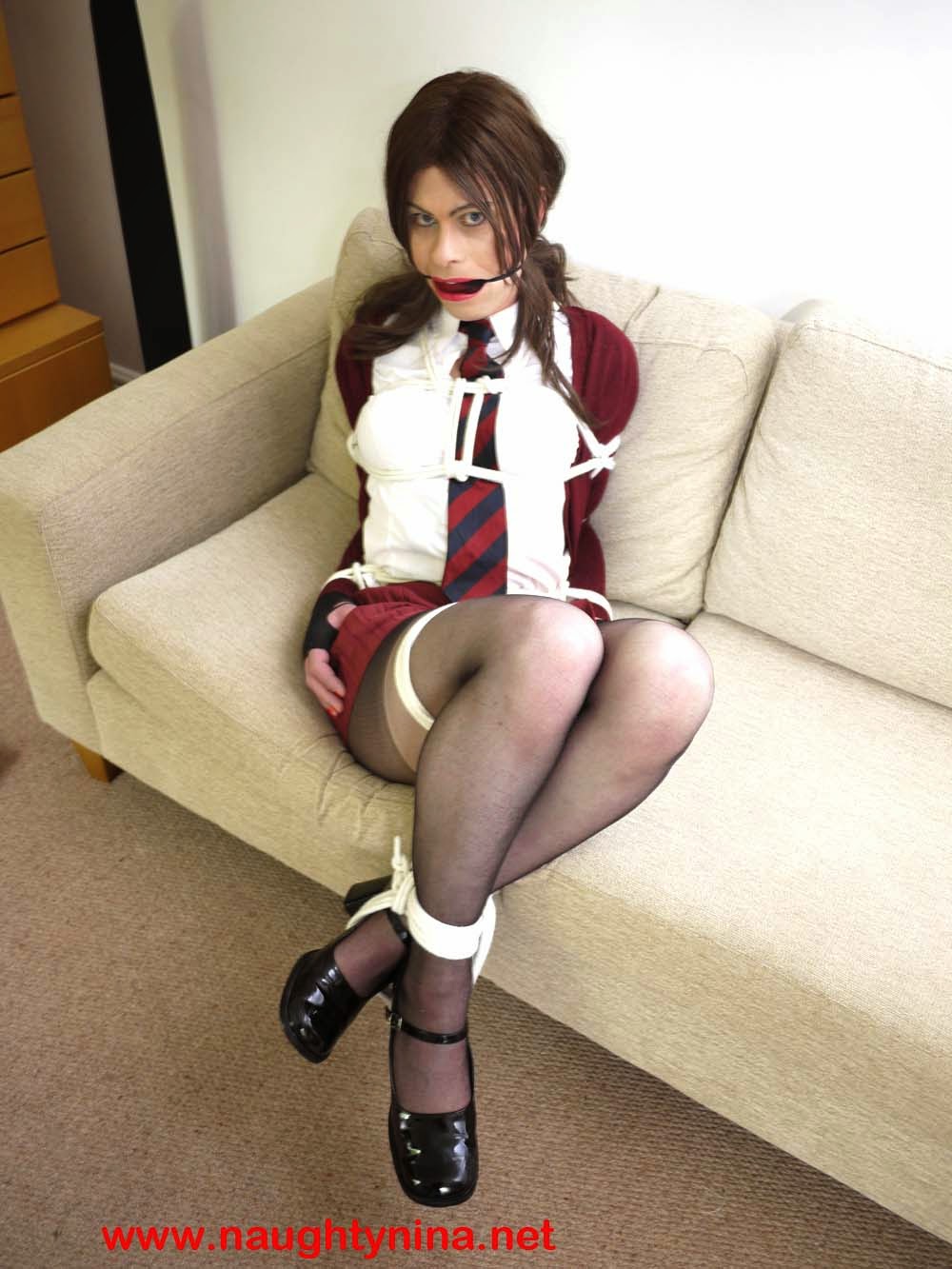